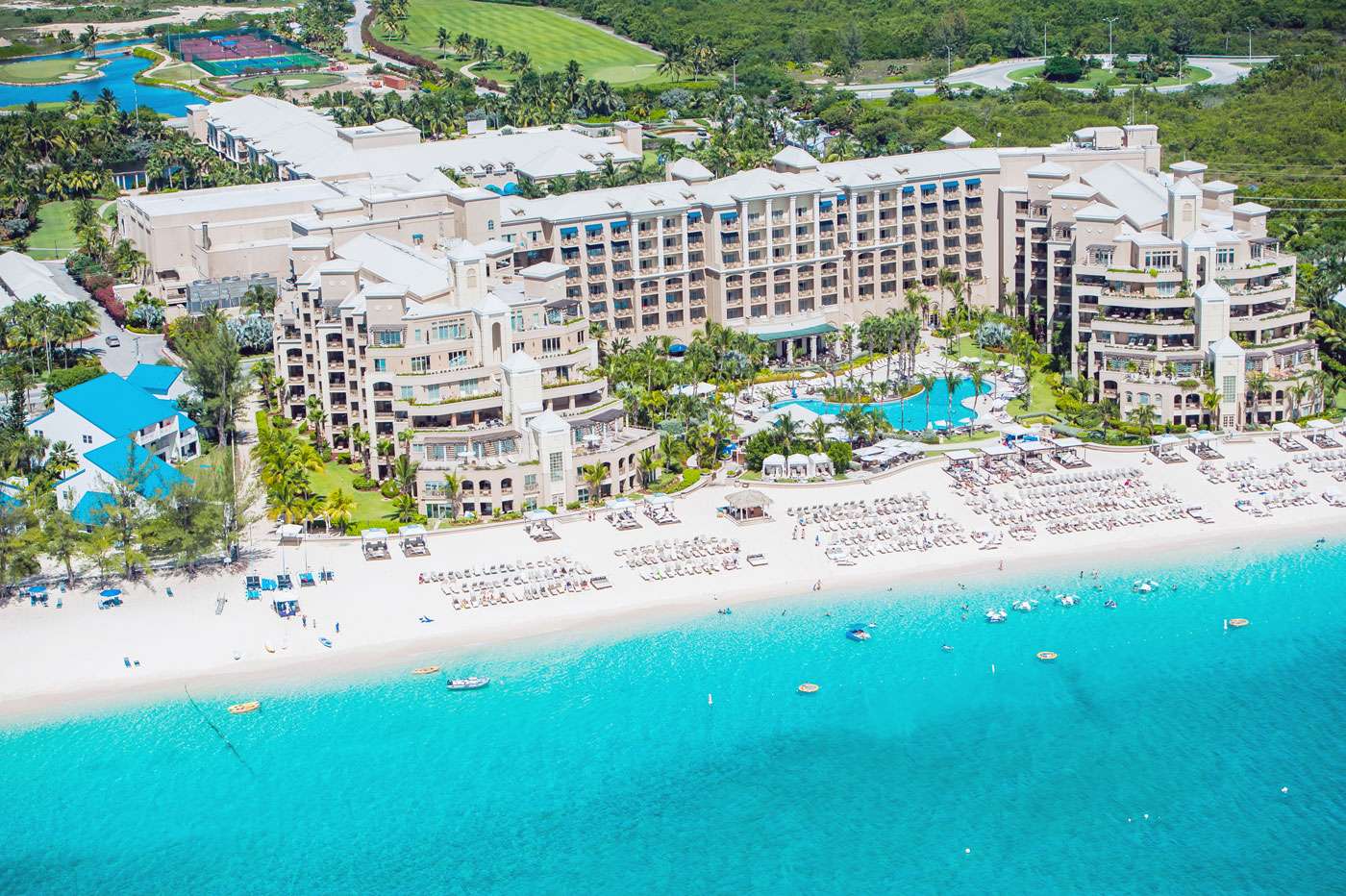 An old Holiday Inn and a barely legible sign

Almost two decades ago, Michael Ryan sat in the lobby of the old Holiday Inn at Seven Mile Beach. Once the jewel of Cayman, being the first international brand to open up back in the early seventies, it was now in rough shape and badly needed for re-development. He was in Cayman at the request of the head of development for Ritz-Carlton, Kevin Kearney, to see if he could put together a project worthy of their expansion goals for the region.

He planned to acquire land on this location for the new project to make this happen. However, the Holiday Inn parcel was too small. Despite it being the premier location on Seven Mile Beach, there didn’t seem to be a way to make it work. And this is what had stymied previous attempts to bring a world-class luxury resort to Cayman, it needed to be on Seven Mile Beach, but all the parcels were too small.

As Mike sat in the lobby trying to figure a way out of this difficulty, an idea began to brew in his head. At that moment, Mike saw an old sign right outside the hotel. The billboard ad had faded, and the letters were hardly legible, but he noted that the sign read that 138 acres of land were for sale right across the road from the old hotel. Land that stretched back to the shores of the north sound. In his words, “you have to be able to act upon an opportunity when it presents itself to you,” and so he did.

Recognizing that a combined parcel would stretch from sea to sea across the best part of Cayman and that, by bringing them together, you could have the room needed to do a game-changing resort, Michael Ryan purchased the hotel and the land, and just like that, the development for The Ritz Carlton Grand Cayman had begun. The location was ideal for this project, and Mike Ryan and his associates saw it straight away. It combined a prime waterfront site and vast land stretching across to the North Sound with the potential for beautiful Venice-like waterways.

Hotel meets residences in a world of luxury

As owner and developer of the project, Mike Ryan was the first to appreciate just how powerful combining the hotel with residences could be for the project. Extending the high and luxurious standard of amenities and services offered by The Ritz-Carlton to the opulent residential concepts increased real estate value while minimizing additional investment developers. His innovative thinking brought to life the idea of the hotel and branded residential opportunities working in tandem to offer a lavish and remarkable lifestyle. This format, which was a novel concept but soon became the norm across the industry, powered Mike Ryan’s vision to create an oasis of elegance and luxury on the Island comprising 365 keys and 93 private Residences.

ivan the terrible and the rebirth of a project

In September of 2004, Hurricane Ivan hit Grand Cayman directly. It damaged over 93% of all buildings on the Island. The Ritz-Carlton Grand Cayman Resort was no exception, especially with just 70 days before the scheduled opening; everything except bringing in the furniture had already been completed. The strong winds and massive storm surge imparted tremendous damage to the Island, and the project’s progress came to a complete halt. Water damage, current, and mold problems eventually required stripping to the studs and starting again.

The insurers resisted this approach and pushed hard to force a patch job, but Mike was determined to make the project of the highest quality in every aspect, which meant no shortcuts. However, in the face of this adversity, Mike Ryan’s fierce tenacity to get things done regardless of the obstacles came through shining more than ever. As the largest employer on the Island, The Ritz-Carlton Grand Cayman Resort became a center for an enormous rebuilding action across Grand Cayman. Michael Ryan has extensively talked about how his team worked non-stop in a coordinated fashion during these times to reinvent the Island, not just the resort.

Thus, the reconstruction process began by fixing regular Caymanian people’s roofs. Mike Ryan also coordinated planes into the Island that allowed him to get food, transport people to safe houses, and bring in any medicines or help to assist those in need. After the initial shock and the drafting of a thorough plan to reconstruct and revamp The Ritz-Carlton Grand Cayman, the project’s rebuilding was finalized. On 15th December 2005, the ribbon was finally cut, and in January 2006, the resort celebrated its inauguration with a sumptuous grand gala opening.

One of the ways Mike Ryan made The Ritz-Carlton Grand Cayman Resort stand out was by understanding luxury as a combination of elements and, more specifically, elevated brands. Brands created and supported by passionate individuals. He designed his project to bring together the best the world had to offer, and it worked. By understanding his target market, he realized the potential of multiple complementary brands working together to deliver a complete package of services, amenities, and unique experiences. Mike often said, “when each one is the best in their field, our competition can only strive for second best.”

Mike Ryan designed an extraordinary and uniquely valuable experience unlike any other. To achieve this vision of indulgence, he reached out to seven world-renowned names, the first of which was legendary golf designer Greg Norman. After securing this alliance and becoming the first to offer world-class golf to Grand Cayman, he found six more perfect partners. Eric Ripert for food, Nick Bollettieri for tennis, La Prairie for spas, Jean-Michel Cousteau for environmental programs, Frank Nicholson for design, and The Ritz-Carlton for its hotels and service. Combined, these seven powerhouses of luxury and opulence became known as the “Seven Wonders of Seven Mile Beach.” Furthermore, many of the unique elements within this combination of indulgence and elegance have now become considered standard requirements in luxury projects.

In its 16th year, The Ritz-Carlton Grand Cayman Resort keeps elegance and indulgence at its core. It has received numerous awards, including the Condè Nast #1 resort in the region from 2008 to 2010. Many of Mike Ryan’s innovative ideas are at the heart of this long-lasting history of excellence which continues to receive accolades and is continuously in the top 25 luxury resorts in the Caribbean. In the middle of Seven Mile Beach, this indulgence oasis remains the essence of elegance, refinement, and upscale living. And its unique core continues to influence how luxury tourism and lifestyle are understood and experienced in the Cayman Islands.